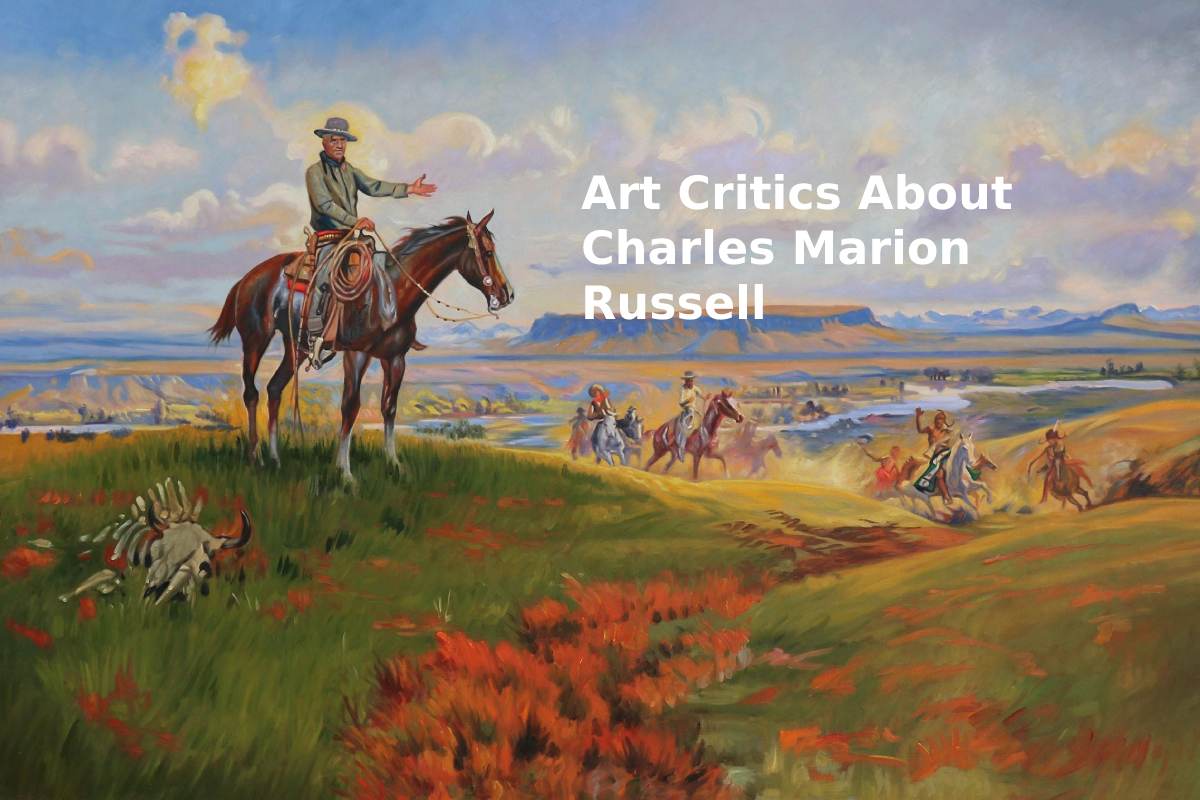 Charles Marion Russell (1864 – 1926) is known to most art lovers as the “Cowboy painter”. Art historians regard him as one of the best painters of cowboy life in the late 1800s. But he is also seen as an artist who portrayed the sophisticated traditions and customs of Native Americans in the 1800s very accurately.

Sometimes, art lovers want to know what art critics said about his work during his lifetime and also what art critics are currently thinking of his paintings. However, finding and interpreting all the articles and commentaries written about Charles Marion Russell is not a subject for a relatively short article like this one – it is more likely to be the subject of a doctoral thesis! Remember, he created more than 2,000 paintings and sketches.

But if you look at what has been established in his honor, what awards have been given to him, and in which famous collections his works are to be found, you get an indication of how much positive criticism his works have received and are still receiving. In this article, we’ll look at these aspects and also mention the one important negative aspect some art critics have against him. But let’s first begin with a brief biography of the artist Charles Russell.

Charles Marion Russell (1864 – 1926) grew up in Missouri, where, from a very young age, he created sketches and made clay figures of animals. He was always intrigued by the American West and spent hours reading everything he could find about that part of America. All the gathering of information contributed to the Western artist Charles Russell career success later in his life. When he was six years old, he left his home and moved to the Judith Basin area of Montana. There he started to work as a cowpuncher.

In 1896, Russell married his wife, Nancy. In 1897, they moved to Great Falls, where they spent the rest of their lives. Nancy arranged exhibitions and sent his works to other exhibitions and auctions. Because of Nancy’s business sense, Russell became famous in the United States and London.

When Russel died in 1926, all the children in Great Falls were released from school on the day of his funeral to watch the funeral procession. His coffin was displayed in a glass-sided coach, which four black horses pulled.

According to Critics – Russell, a Believable Interpreter of the American West Life

Brian W. Dippie was a professor of history at the University of Victoria in British Columbia. He summed up Russell’s believability after a collection of Russell’s short stories, called “Trails Plowed Under”, was published.

According to him, Russell wrote and painted true stories of American Indians and Indian fighters, buffalo hunts, wild horses, drinking customs, hard-riding cowboys, and other events in the American West in the late 1800s. This resulted from the long periods he lived in the West to acquire much information about cowboy and American Indian lifestyles and customs.

Many art critics agree with Brian Dippie and believe that Charles Russell proved his worth as a believable interpreter of the American West in the 1800s.

Russell is Honored as a Great Artist in Various Ways

He is one of only a few visual artists honored in music. Ian Tyson’s music album “Cowboyography” includes a song titled “The Gift “. The song tells the story of Russell’s life and work.

Michael Nesmith of Monkees recorded a song titled “Laugh Kills Lonesome”. This song was inspired by one of Russell’s famous paintings of the same name. Another song describing one of Russell’s paintings is “When the Land Belonged to God”. The Blackfeet folk singer, Jack Gladstone, wrote the song in honor of Russell.

Honored in a TV Series

Some of Russell’s artworks were shown during the credits of the television series “How the West Was Won”.

That’s not all! Because he was such a famous painter and lived the last part of his life in Great Falls, a new school in Great Falls was in 1965 named the Charles M. Russell High School in his honor.

His work is being recognized by including examples of his works in famous collections and exhibitions.

Charles Russell’s paintings include major historical events and everyday life in Western America in the late 1800s. Historians acknowledge him for the impressive frequency with which he showcased well-known events. In addition, he is noted by art critics for his Native American point of view in his pictures instead of a non-Native viewpoint. Finally, historians and art critics also compliment him for the thorough authenticity with which he created the outfit and equipment of both cowboys and Native people.

Usually, the paintings of Charles Russell artists from America received, and are still receiving, positive reviews by art critics, and this again contributes to his popularity.

6 Ways To Give Yourself An Energy Boost

5 Gemstones to Consider for Engagement Rings (Except Diamonds)

The Best Way To Promote Your Giveaways Competition